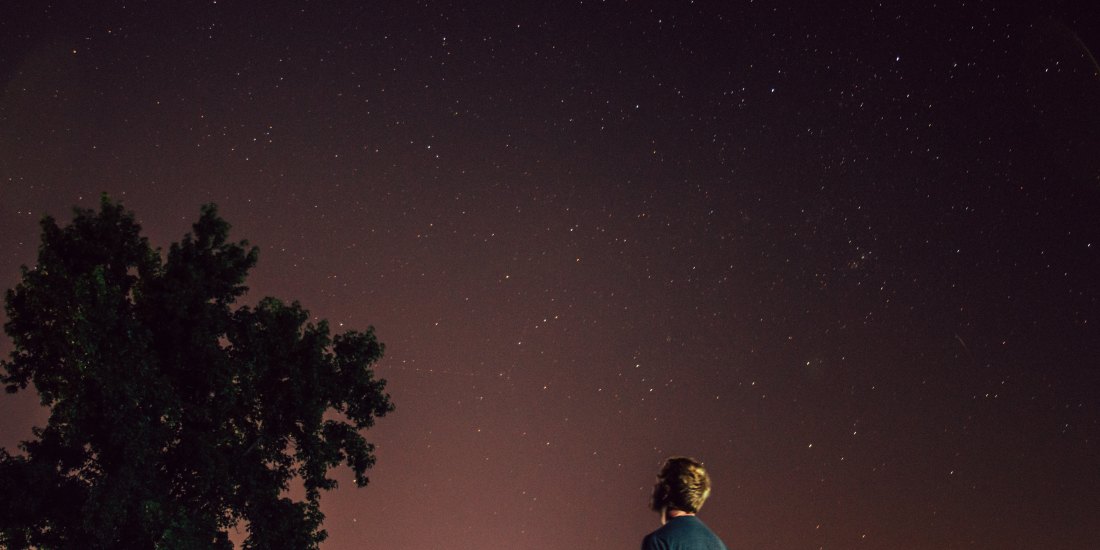 Featured Photo by Cody Board on Unsplash

I discovered in the opening weeks of 2019 some of my favorite worship musicians and leaders in the world were eagerly awaiting the end of the Christmas season. They weren’t waiting for football playoffs or the resuming of favorite television series.

They were waiting for the denouement of Christmas to resolve and conclude.

And then they unloaded a ton of new worship music.

For a person who is obsessed with good worship music, it was like watching a piñata burst open.

For a person who leads worship, it was like watching a piñata burst open over the open ocean. You know that only a certain amount of that music will be useful or relevant to certain corners of the worshiping world for just so long.

In the rush of music releases, it would be easy to miss a release from someone whose label does not belong to Hillsong, Elevation, Bethel, or Passion. It was a blessing to see the announcement of the release of Behold by Stephen Miller.

Now to start off, if you’re politically obsessed, it’s not that Stephen Miller. This guy wrote a book called Worship Leaders, We Are Not Rock Stars. It’s awesome and should be read by anyone who thinks worship is a good idea, not just the few people privileged enough to serve up front. He leads worship in a new church plant in San Antonio. He’s a married guy and is raising a tribe of Millers, some of whom look like him, all of whom are loved by Miller, and his wife who glory in the wonder of adoption.

This has been a big year for the Millers, not that I have been too much of a stalker. But I follow him on Twitter. And he lives his life out in the open for people to watch his faith and his doubts collide in the loving arms of God.

The first song to feature from Miller is “Awaken the Wonder.” It is simultaneously original in its writing with magnificent phrasing like, “in the pastures of your promises where you fill up our souls,” while maintaining connection to older standards of Christian hymnody in referencing “the old rugged cross.”

It is immediately clear that Miller is not a tradesman of worship arts for any reason other than his passion for the work. He approaches the idea of worship as a privilege and honor in his lyrical orientation to approaching the actual person of God. As is held by anyone who spends time studying the interaction of mankind and Yahweh, the conclusion reached by Miller is that if you approach God, you will only ever be awestruck and seek to worship.

The most important message for today in this song is in the chorus in one compact phrase.

Tear down our idols

Till we’re amazed by who You are

This assertion is key. It identifies the obstruction of true awe-born worship as a drive that we have failed to surrender to God and our devotion to any cause but that of Christ.

You want to enjoy worship more?

Devote your passions as subject to the direction and authority of God.

Then find out if you have any idols hiding in plain site in your life and let God have His way with them.

“Behold the Lamb of God”

Miller shared the story of this song’s genesis, and therefore the album. A guide in Jerusalem explained that the veil of the temple was torn in the same manner as a father would have torn his robes at the death of his own son.

An entire chapter is dedicated to the idea of storytelling in Worship Leaders We are not Rock Stars. Miller couches the idea of storytelling in the antagonistic word “liturgy.” The song “Behold the Lamb of God” is masterwork lyrical storytelling, as he turns an eye to the drama of what took place on Calvary. He points out that the audience of the moment is not simply the crowd of spectators and Roman executioners. All of creation looked on. “The Earth collapsed as Jesus took His final breath.” The entirety of the Heavenly Host and every spirit above Earth, on Earth, and below took notice of the moment.

Then repeats the phrase in the chorus, “Behold the Lamb of God who takes away the sins of the world,” first uttered by John the Baptist, included in the weekly liturgy of the eucharist in liturgical churches, and echoed in the Revelation when John saw the Lion of Judah worthy to open the scroll, and the Lamb who was slain, step forward, worthy to bring the Kingdom forth.

The victory of God did not happen on some abandoned hill of the backwater capitol of a former mighty kingdom. It happened front and center of all of God’s great work, in the center of the human history, directed and treasured by Him.

“Our resurrected King now stands in victory/ all that was lost will be restored.”

Nearly every song on the album begins with some unrelated noise, distorted and unrelated musical sound, or other background sound that does not really mix with the music. On first listen, it jarred my ears and made me feel like I was trying to wave smoke and mosquitoes out of my face to enjoy the warmth of a campfire.

I don’t know if this is what he intended, but I began to hear the noise that surrounds my own worship practices. Life is so noisome and busy that we have to wave the fog of the unimportant noise out of our way to simply begin. After restarting the album several times, I have begun to enjoy listening to the way that Miller weaves these sounds into the fabric of his work. He is a worship leader, but he is also a worshiper who longs to bring the absolute best of his heart into a moment of worship.

There is so much honesty in Behold that it pulls me in as I listen. I have started and stopped the album several times today because the tasks of work and study have trumped my curiosity at what comes next. The temptation of any worship leader listening to worship music is to comb through it and look for the next “Reckless Love” or “What a Beautiful Name.”

While there is a waiting song or two on this album that can and will make its way into our worship services, there is solidly crafted music from lyrics to mix.

It’s also important to note that if you are a worship leader and use multitracks, Miller has partnered with multitracks.com to offer “Awaken the Wonder” for free until the end of the week. That’s a 39 dollar value, people. Get it.