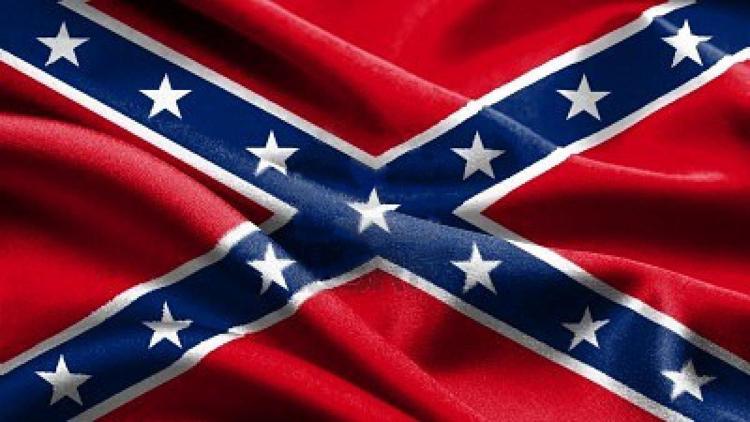 I graduated from Lee High School in Huntsville, Alabama. Its wikipedia page claims it was named after the Lee Highway upon which its original location was found. That highway, as chance would have it, was named after Robert E. Lee. The gym wall once had the red fielded flag, criss-crossed with blue bars covered with stars.

By the time I attended tedious pep rallies in the latter years of the 20th century, however, that mural, and its accompanying portrait of Robert E. Lee were replaced by five pictures of generals that none of us really knew, or cared to know, who they were.

I couldn’t find it on the wiki page to confirm, but I remember stories being told that Lee High School was not always represented by The Generals. It had once been The Confederates.

“Heritage” traces its routes from the 13th century in France. Its original nuance was simple. “Heritage” is what you inherit. It’s your birthright, your inheritance, and your estate.[1]

As an American, I have pride in much of my heritage.

We defeated the Nazis, along with the rest of the world.

We have seen the birth of technologies that have shaped the healthiest human beings in the history of mankind, and our literacy is higher now than it has ever been before.

We framed a Constitution that has made for more freedom than any governing document ever written.

And we champion for human rights across the globe.

That’s seventeen year old me telling you why America is great, by the way.

That’s the same guy who for four years of high school hated the month of February because I felt guilty all month for being white. Their Eyes Were Watching God, and I Know Why the Caged Bird Sings, and To Kill a Mockingbird… all of these books challenged an assumption I had that after the Civil War ended that the calamity of human injustice toward other humans was settled. Then, because of some odd ignorance or another, Dr. Martin Luther King Jr. had to give speeches because like five people were really intolerant or something, and then this really angry black man named Malcolm spoiled it and just made black people unjustifiably angry and militant and that’s why we have racial tensions today.

No joke, I was pretty sure that Malcolm X and the Black Panther Party as a whole were people who did not want to support King and his movement toward non-violence.

Just to be clear, I wasn’t taught that as much as I let myself think that through some of the things I was taught.

But I needed my inheritance to be worth more, which meant devaluing it with the nuance of accuracy needed to be avoided. I wasn’t a racist. I was just willfully ignorant. Try not to die of shock that a teenager was working hard to not work hard.

As a military brat, and as a person who learned history as “the good guys vs the bad guys,” I was always pro-whatever-side-our-flag-fought-for. So in the revolution, the English were the villains and the French were, by association with us, heroes. Decades before, it was reversed. Decades after, in 1812, England bad, France good. A century later, both good, Germany bad, Russia good-ish.

And then five decades after that, Germany good, Russia bad.

Then in Rambo III, the Talaban was good.

So in the mid 19th century, when the states went to war within themselves, the star-spangled banner marched against an antagonist and its flag was, to me, a villain’s banner. And that is why for every year I ever lived in the South, it boggled my mind that people flew that flag.

I just wondered, “dude, if you’re into flying loser’s flags, history has a lot of losers. Why limit yourself to just that one?”

Later, when I became bold enough to ask about it, I always got the same response, “To me, it’s not about hate, it’s about heritage.”

Twenty-year-old me did not want to deny someone the sagacity of their ancestor’s valor.

That dude was far more interested in chasing girls

There is a movement to take it off of the Mississippi state flag.

To be accurate, let me be certain to define which flag about which we speak when we say, “the confederate flag.”

This flag is often called “the stars and bars.” The funny thing I discovered is that in actual history, that is not the stars and bars. It was not a flag of the CSA (confederate states of America). It was patterned off of the original pattern for the Army of Northern Virginia or the Army of the Potomac during the Civil War. The CSA designated the above flag, at least its squared format, as the battle flag, thanks to being carried by a successful confederate general.

It was carried by Robert E. Lee into battle.

As he was the great champion of the confederacy, it was often the heroic emblem of those cheering on the South.

So it was adopted as a national symbol of warfare.

As it was, that was the flag that would be lowered over Appomattox, and the white flag raised by Robert E. Lee.

A fight has since ensued over the definition of the confederate battle flag. The United Daughters of the Confederacy (UDC) sought to keep it square, and thus historically accurate. [2] They also sought to make certain that it was used only in moments and ceremonies that honored civil war veterans, as, by the turn of the 20th century, they were beginning to age and die off. To the credit of the UDC, they also sought to condemn the usage of the confederate battle flag in rallies for anything to do with segregation.

In 1948, with Harry Truman, seeking reelection as president, the Democrat party added a civil rights agenda to its party platform, triggering a rebellion within the Democrat party, popularly known as the “Dixiecrats.” [3]

This was from the Dixiecrat rally.

To their credit, the UDC condemned the use of the confederate battle flag here.

To their condemnation, the white supremacists present didn’t give a rip about what the UDC, Harry Truman, or God thought about their bigotry. They just did not want black people to be allowed to eat at their diners, drink from their fountains, shop at their favorite stores, sit next to them on a bus, or vote in their primaries.

No really, a judge had to offer a decision whose wording included, “It is time for South Carolina to rejoin the union,” as he passed judgment giving permission for black people to vote in the state’s democratic primaries. In 1947. [4]

To be very clear, these are people who wanted to oppose a national movement to ensure equal access and justice to all people, but specially to restore justice to people to whom it had been denied in perpetuity since that flag was lowered in favor of the white flag by Lee.

Of course, the most aggressive and evil utility of the confederate battle flag was by the KKK.

They flew it as they lynched black men, burned crosses, and influenced elections to the detriment of black men in America. They intimidated white people who were otherwise intent on equality in America. They murdered black, brown, yellow, red, and white. They pursued evil at the expense of their own souls, and when they rode out on their horses and trucks, the confederate battle flag flew over their heads.

In 1999, Lee High School put on the musical Lil’ Abner, set in some podunk holler down in somewhere somethin somethin, countryfied hickville. The main character, Daisy May, an archetype for Daisy Duke later on, was cast, in our rendition, as a black girl. Kanika, was the name of the student who played Daisy May. She was our valedictorian. Last I knew, she was an officer in the U.S. Army.

I don’t know if our theatre teacher and musical coordinators took any heat for casting the way they did. I’m sure it was there. But they were there to make a statement on our behalf: that the days of the Dixiecrat off of Lee Highway were long dead.

Our city had an honor choir every year and it sang “The Battle Hymn of the Republic,” a song penned by an abolitionist, which stood in contrast to “Dixie” as cultural song during the Civil War.

My heritage as a LHS General is that of a school that was 95% African American, geared toward upward mobility, empowering of minorities represented in majority among us, specifically targeting people of color for advancement, and choosing the heritage of equality versus the older Southern heritage that we, their alumni, might pass that along, not only as what we received, but that which we may pass along to our future generations.

And I can do that as a LHS General, or a LHS Butterfly. They can change the name to Butterfly High School and our heritage of action will be the same.

You cannot, however, change the history of what has been done under the confederate battle flag within the memory of your grandparents, and you cannot claim that flag stands for your selective memory of what it represents completely to you.

Drive a vehicle with the battle flag streaming behind you into a gathering of people of color. They are not assuming you’re a good southern kid with a need of an expanded history lesson.

They are assuming they need to be protected from an old idea in your head, and by virtue of that, you.

Claim that as your cultural inheritance if you want. Pass it along to your kids if you desire.

If you really want your kids to be on the receiving end of that kind of prejudice, that’s between you, your kids, and God.